Amazon is Already in the Lead to Next Big Tech Race

It’s no wonder when we hear companies like Apple, Google, Samsung and Microsoft battling for supremacy in the technology world. They are vying over the years for control over the phones we carry in our pockets, the computers on our desks, our wrist watches and even other smallest of gadgets we use. With the technology growing smarter, the companies are already in a battle. A new tension has flung in the Silicon Valley. And the tech giants are competing to develop the most sophisticated virtual assistant. Guess who might be having the upper hand. To your wonder, it’s Amazon. Amazon doesn’t remain just the largest eCommerce service provider. With time, they have shaken the industry with their KO punches on the face of companies like Samsung, Apple, Google and Microsoft.

This year’s CES gave clear evidence. The Consumers Electronics Show is the annual Las Vegas tech confab. It becomes a perfect bazaar for gadget makers, app developers and auto manufacturers to flaunt with what they have come up with. They exhibit which they hope to be greatest. And this year’s CES electronics show caught eyes of many with Alexa. Alexa is the Amazon’s voice assistant. The Seattle-based giants came up with this technology to assist consumers envisioning ease in operation of various consumer goods. Alexa is dominating this year’s CES. One may not find Amazon with the flexes and boards officially being a part of the conference however, Alexa still remains charm. Car infotainment systems, new smartphones, robots, lamps and even laundry machines are showcasing how Alexa’s virtual assistance is gearing up the machines.

Some of the brands have already announced of their plans to add Amazon’s voice activated helping system to their hardware. With the addition of the virtual helper, one will be able to interact with the hardware. Let us take an example, “Alexa, how much time is left on my wash cycle?” will let you continue your other chores and you won’t even have to rush to your laundry. The growing demand of Alexa by hardware manufacturers has also made Amazon to work in development of invisible operating system that will support broad range of aspects of daily life.

The voice recognition technology has matured over time. One don’t need to pull his phone out of the pocket or have it relatively close by to make sure the device recognizes the voice well. This has happened after years of considerable failures and in the meantime, there were also promises involved. 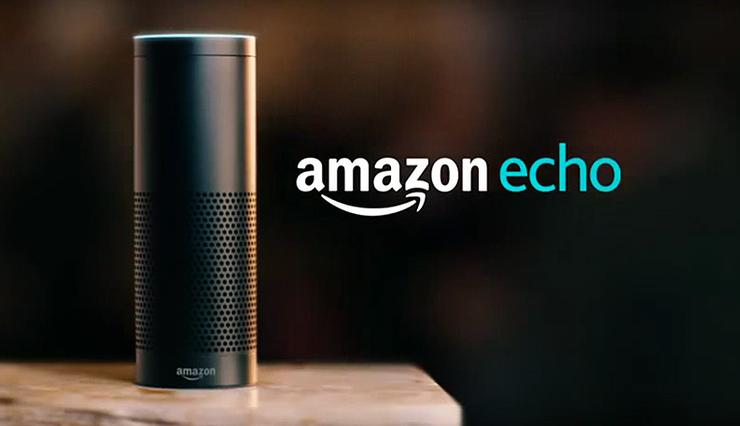 Amazon with its success in voice recognition technology is spreading in the market with full strength. Amazon Echo, the $179.99 Internet-connected, Alexa-powered speaker was a huge hit. According to data from Consumer Intelligence Research Partners, the company is estimated to have sold about 5.1 million Echo devices. The Echo answers questions and runs apps. It was launched in 2014. Following up the success of the Echo, Amazon launched smaller and affordable Echo called the Echo Dot and also a portable variant which it named Amazon Tap.

Thank you for subscribing.

we respect your privacy and take protecting it seriously